I woke about midnight to hear the wind chimes hanging from my oak tree clanging wildly and the deceptively shy “ticking” on the windows. I looked out to see more than an inch of ice on the branches of the oak that spreads over two-thirds of my backyard. I could see it because the branches were bent down in front of the bedroom window. Another branch was peering into the dining room window. The branch that had rattled the wind chimes was lying on the ground.

Oh, this was so not good. But what do you do about a steady fall of freezing rain at midnight? Holler, “Stop!”? The thunderless flashes of lightning that followed did not bode well.

I had no sooner gotten nervously back into bed when I heard the sound dreaded by anyone who has large trees in their yard: the slow creaking crack of a tree giving up to a superior force of ice. It was either mine or a neighbor’s, but I couldn’t see which.

Moments later, my phone pinged. A friend was texting images of the giant oak in her front yard that had come down scraping the front of her house. For the next hour, the two of us nervously texted back and forth as I listened to more branches crash.

I was fortunate. Though the crack I’d heard was indeed one of my trees, and it had taken the top of another tree with it, the damage I suffered was minimal. My friend’s heavily treed property has been mauled by the ice. Another friend had a tree come through a window and siding torn off. Both were blocked in by trees and debris across driveways and roads and left without heat.

Since then, I have watched dismayed as the Artic air has ravaged across the country affecting friends and family from Oregon, to Colorado and Texas, to Ohio and Pennsylvania. A cousin in Florida sent pictures of her thriving orchids on her lanai. For a moment I considered disowning her.

My thoughts and a virtual warm blanket go out to the millions still left in the dark and cold with damaged homes. I can only hope that you stay warm, have friends or family who can bring you a warm meal or let you use a hot shower, and that we all get though this.

Be well and safe. Liz 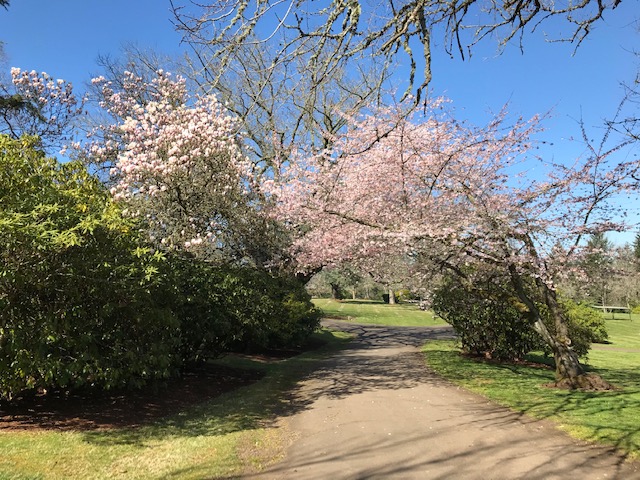