When John Latendresse established the American Pearl Company, in Camden, Tennessee, he knew that water quality would be vital for mussel survival and pearl culturing. The water temperature has to be just right, and that means the depth of the water has to be right. Too shallow, as during drought years, and mussels will die in the overheated water. There has to be a steady flow of water bringing food and oxygen to the mussels, so ponds are usually not suitable. To find the perfect spot, John Latendresse spent nine months investigating 300 bodies of water, studying daily weather charts from the areas, and experimental farms. His daughter Gina Latendresse, now president of the American Pearl Company, remembers that at one of her father’s experimental ponds early on, a guard would take a power boat out onto the water, driving it in large circles so that the propeller could churn life-giving oxygen into the water.

The perfect spot on Kentucky Lake turned out to be only 20 miles from their home. It was her father’s only convenience in 20 years of research and development, says Gina Latendresse.

Today, the main pearl farm is next to the Birdsong Resort, Marina and Campground. As that guard so many years ago, the boats on the lake benefit the mussels by keeping the water churning with oxygen, and pushing plankton toward the mussels where they hang in nets from PVC pipe incubating their pearls. In exchange, the pearl farm provides a tourist attraction drawing people to the resort

At first the family worried that the resort might create difficulties for the mussels with exhaust and gas. However, the risk of a boat spilling oil or gas into the water, says Latendresse, has proven to be minimal. “The Tennessee Valley Authority (TVA) and the Tennessee Wildlife Resources Agency (TWRA) are very up on keeping the lakes and rivers from being polluted,” says Latendresse.

However, water pollution has always been a concern at the American Pearl Company, because the farms are located on public, not private waters. Water quality is subject to the activities on land (as Japanese pearl farmers discovered to their cost). One experimental farm in Tennessee was destroyed in the early 1980s when unusually heavy rains flushed agricultural farm chemicals into the water of the pearl farm. The chemicals, just applied to the farmland, were at full strength, and the entire crop of mussels died as well as all the fish and amphibians in the water.

The pearl farm has found other ways to be a good neighbor, too. Gina Latendresse there is always someone concerned about the fact that the mussels are killed in the process of pearl farming. She explains that only adult mussels are taken from the wild. They are then kept for three to five years in nets, during which time they reproduce. As part of their reproductive cycle, immature mussel spat (more correctly called Glochidiae) attach to the gills of fish for the first year of their lives. Because of this, she says, the mussels in the nets are more likely to produce viable offspring as, by floating down through the water from the nets, the chances are greater of the spat finding a place on a fish’s gills. Mussels in the wild must eject the spat up into the water from the mud at the bottom of the river in order for the spat to attach to fish gills.

While the mature mussel is sacrificed when the pearls are harvested, “there is almost no waste,” says Latendresse. “The shell is used in inlay or to make more beads to use in culturing.  Some of the left over mother-of-pearl is ground into pearl powder that is used in cosmetics. The mussel meat itself is used as fish bait and feed for pigs.”

One of Gina Latendresse’s favorite stories is about the pigs. When the mussel meat starts to decompose, it creates a “powerful stench.” (In fact, when her father died in 2001, they received a letter of condolence from a man who said he always connected the vacations his family took nearby with the smell of rotting mussels.) The problem was to find a use for the meat as well as the other parts of the mussel. John Latendresse contacted a local pig farmer and offered the meat as feed. The farmer took it. Later the farmer called her father euphoric: the meat had produced the biggest, fattest pigs he’d ever raised. A few weeks later, however, he was incensed. The meat of the pigs, he said, tasted like fish and it smelled like fish when it was cooked. He had to feed his pigs on grain for three months before butchering them to rid the pork of the smell and taste of mussels. 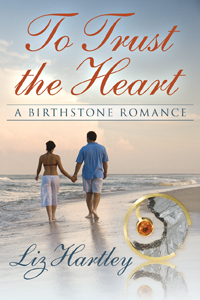